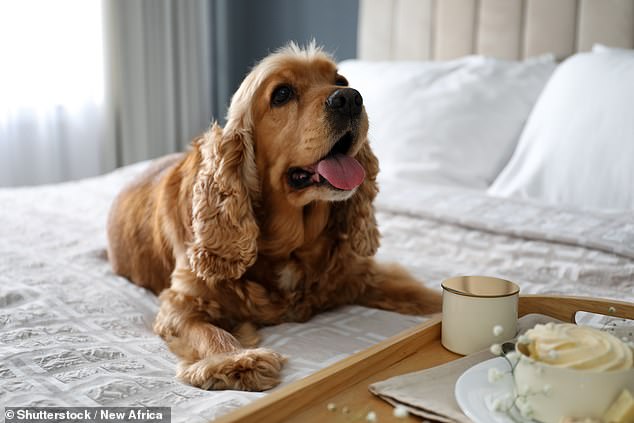 It’s a dog’s life… but a pill could make it last longer! Medication may extend average pooch’s lifespan by up to a third, research suggests

By Isaan Khan For The Daily Mail

The death of a dog can feel as tragic as losing a family member.

But there’s hope for canine owners thanks to a potentially lifespan-extending pill.

US researchers believe a drug called rapamycin could extend the average lifespan of a dog by as much as a third.

Previous experiments in mice found it can extend lifespan by up to 30 per cent.

Matt Kaeberlein, a professor at the University of Washington involved in the project, told The Daily Telegraph: ‘We don’t know if those effects will be similar in absolute or relative magnitude in dogs, but I think it’s possible.’

The trial focuses on large breeds, such as labradors, which live to ten to 12 years.

A drug called Rapamycin could extend average lifespan of dogs, according to US researchers (stock image)

Prof Kaeberlein added: ‘Our study is powered to be able to detect lifespan extension nine per cent or greater.’

The project, called Triad (test of rapamycin in ageing dogs), forms part of the larger Dog Aging Project (DAP) that will investigate the different aspects of dog lifespan.

Interestingly, owners could be thrown a bone by the project too.

DAP is looking at how dog lifespan and ageing may translate to humans.